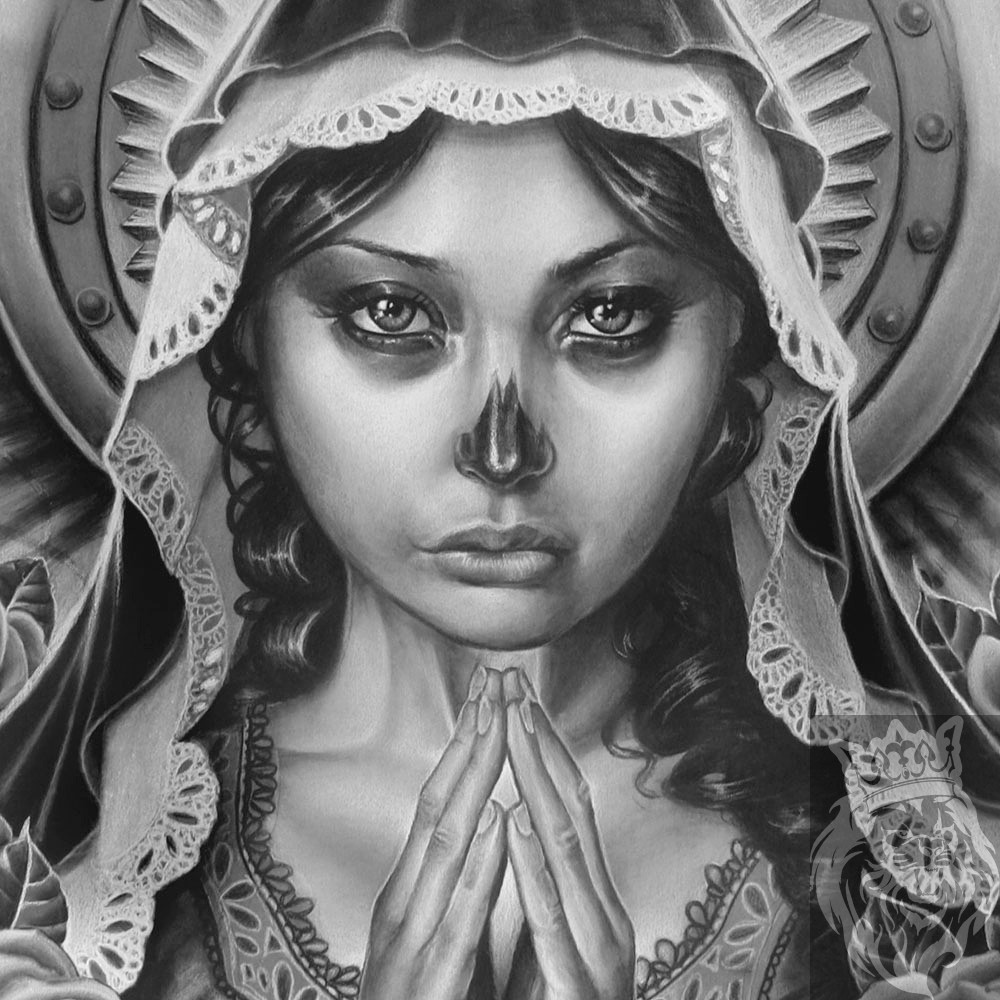 Are you considering to get tattoo of a Day of the dead lady?  (Dia de los muertos)

A very popular subject of tattoo tand very understandable especially when done right.
The image of a gorgeous lady displayed gracefully with luscious long dark hair, dark macabre make up and decorated with beautiful flowers makes a very interesting subject to design, art and tattoos.
But where did this al originate from? What do al these symbols of beauty and the death mean?
Find out and read more.

Day of the dead girl or La Catrina, Dia de los muertos ladies , skull faced women all different names and variations,
Inspired by the Mexican Day of the Dead celebrations

Dia de los Muertos or the Day of the Dead is a holiday celebration from October 31 ends on November 2 throughout Latin America, although Dia de los Muertos is most strongly associated with Mexico, where the tradition was originated.

Dia de los Muertos honors the ones who passed away  with lively celebrations and festivals, a Latin American custom that combines indigenous Aztec ritual with religion that was brought to the region by the Spanish conquistadores, Dia de los Muertos is celebrated around All Saints Day and All Souls Day, from the Catholic calendar.

The day of the dead celebrates the lives of the deceased including building private altars called ofrendas, with drink, food, parties and the activities the dead enjoyed in life, recognizing death as a natural part of the human experience, like birth, childhood, and growing up.
The origins of the modern Mexican holiday trace back to indigenous observances dating  hundreds of years  back to an Aztec festival dedicated to the goddess Mictecacihuatl.

Most recognisable for Dia de los Muertos is  the skeletons and skulls (calacas and calaveras)
which are appearing throughout the celebration in candied sweets, as parade masks, as dolls. Calacas and calaveras are almost always portrayed as enjoying life, often in fancy clothes and entertaining situations. 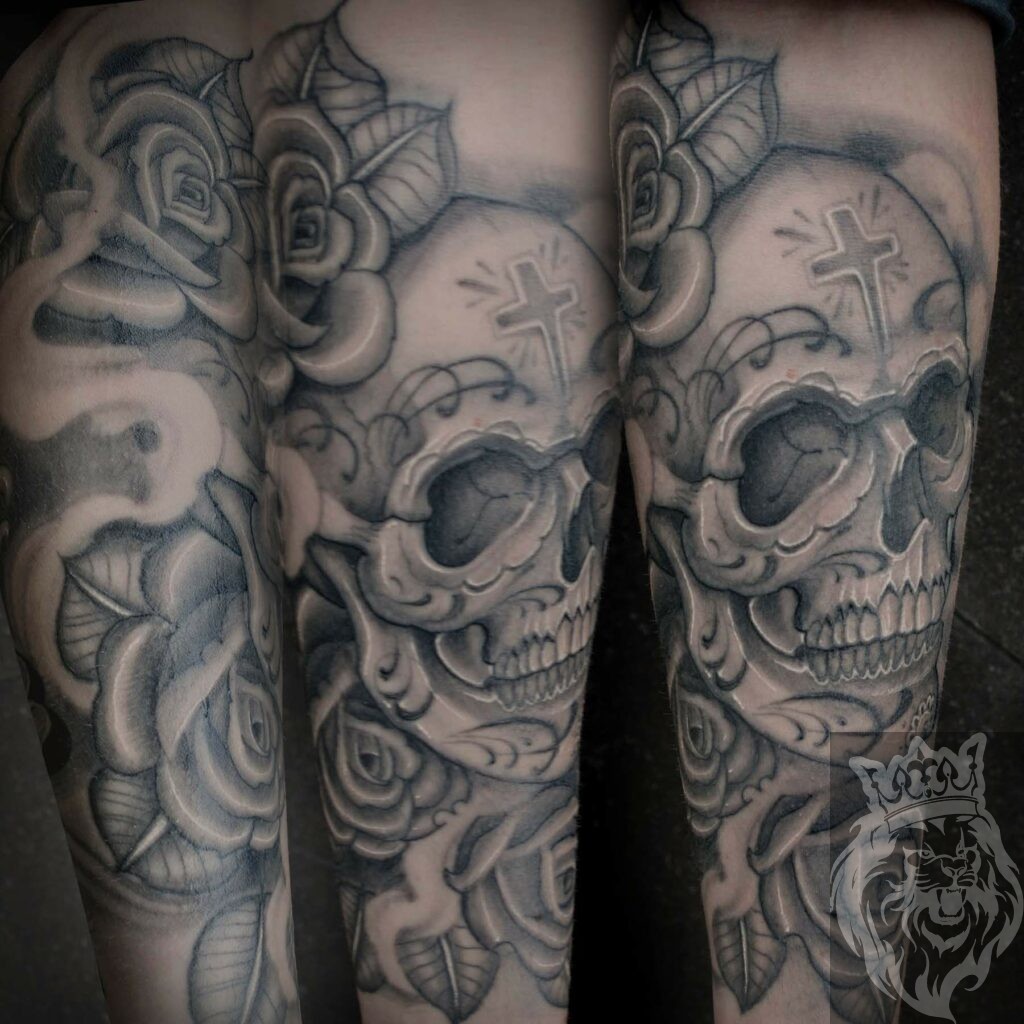 La Calavera Catrina  (‘Elegant Skull’) in particular, she has become an icon of the Día de los muertos, or Day of the Dead
A female skeleton elegantly dressed in clothes and with a hat that befitting the european upperclas of that time , a satirical portrait.
In the end no matter how many material things you gather in life we all end up the same.

Inspired by the Mexican Dia de los muertos ( Day of the dead) celebrations these gorgeous skull faced women have become a very popular subject for a tattoo, so much so that they are now one of the most popular tattoos in contemporary tattooing today.

For different reasons just because they look great and for different meaning as a remembrance, or a celebration of the live of a deceased, or as reminder to life live to the fullest, because one day this will al come to an end, and the things you gather in life non of these can be taken with you.. except for your tattoo.